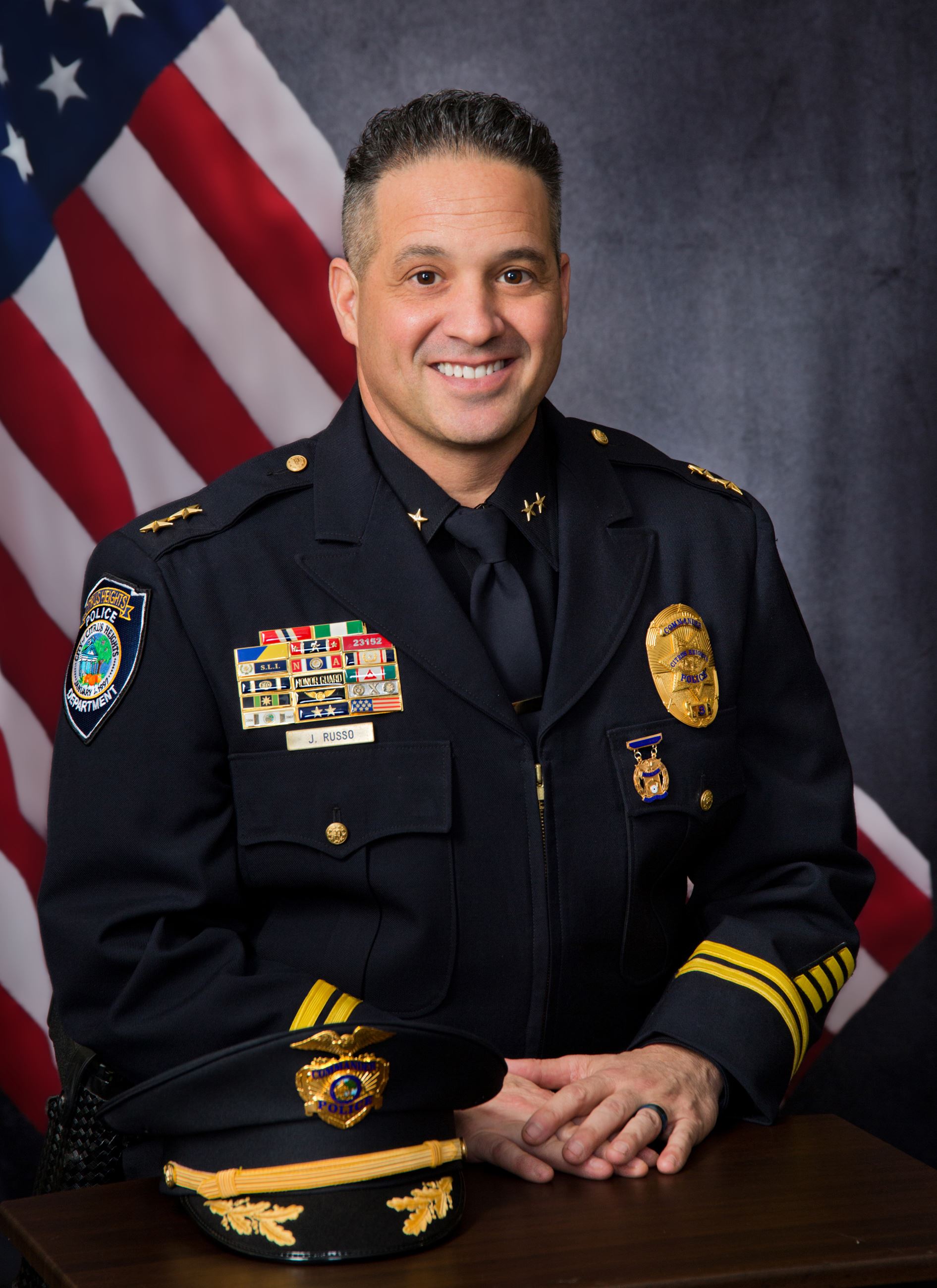 Commander Jason Russo began his law enforcement career as an intern with the Sacramento County District Attorney's Office while attending Sacramento State University.  After earning a Bachelor's Degree in Criminal Justice, he served the Clayton Police Department as a police officer and promoted to Sergeant in 2003.  In May of 2006, Russo helped launch the Citrus Heights Police Department, and was hired as one of the original Sergeants during our inaugural years. Russo has served our department in a variety of leadership capacities such as SWAT Tactical and Sniper Team Leader, Training Manager, Detective, Patrol and Traffic Sergeant. Russo promoted to the rank of Lieutenant in 2013, and has served the department in Patrol, Special Operations, and Professional Standards and Training. Commander Russo has distinguished himself in the community through his work with the Citrus Heights Police Activities League (Board President), Relay for Life, Tip a Cop, and the Holiday Referral Program. Commander Russo holds a Master's Degree in Organizational Leadership and is a graduate of the prestigious FBI National Academy in Quantico, Virginia.