Chief of Police Alexander A. Turcotte 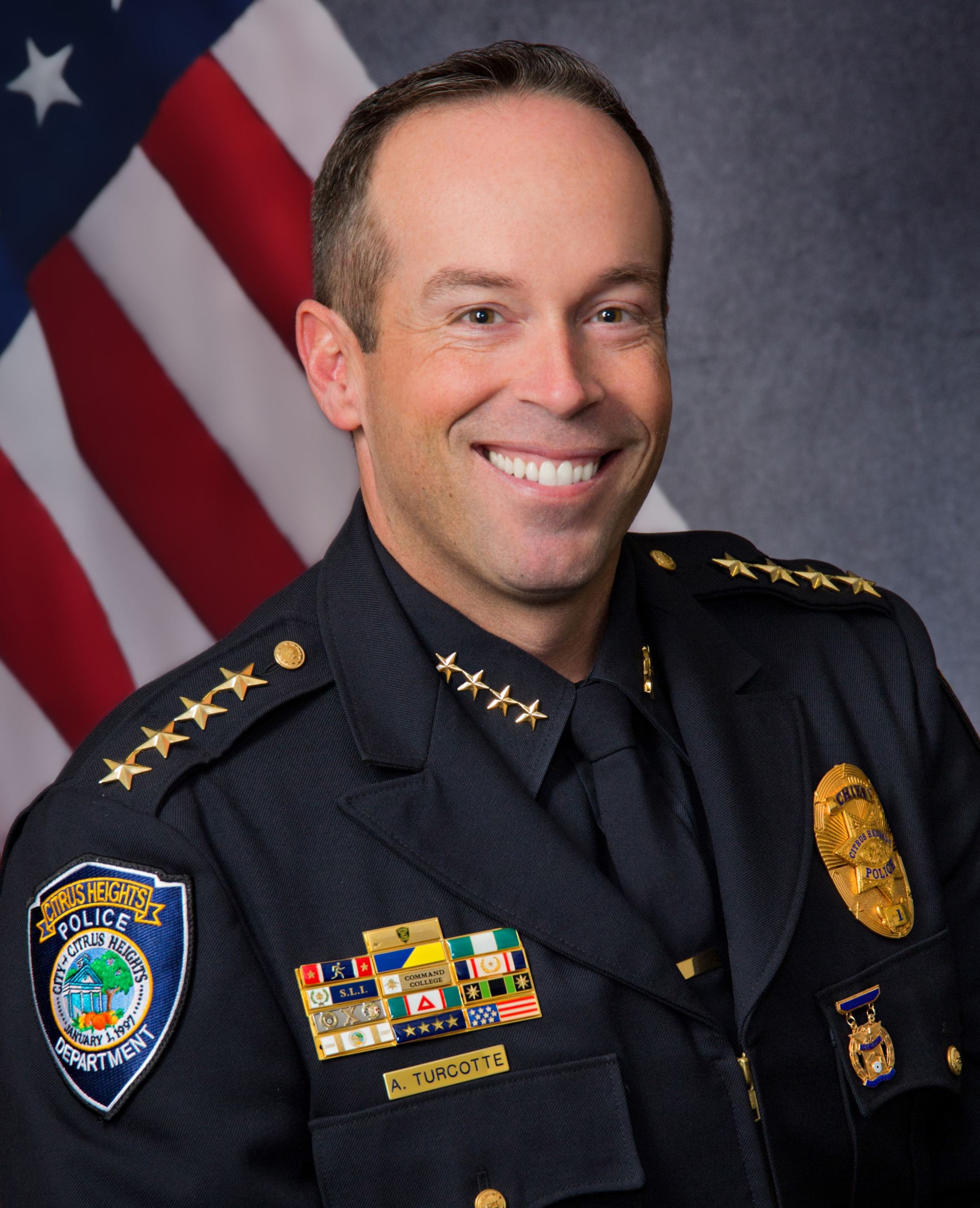 Chief Alex Turcotte began his career in law enforcement with the Ventura Police Department in 2001 where he worked as a patrol officer and a member of the Special Weapons and Tactics (SWAT) Team.

In October of 2006, Chief Turcotte was hired as a police officer with the Citrus Heights Police Department and was assigned to the Patrol Division until his promotion to the rank of Sergeant in 2007. As a Sergeant, Turcotte worked a variety of assignments, including Problem Oriented Policing (POP) Sergeant, SWAT Team Leader, and the Special Investigations Unit, before promoting to Lieutenant in 2013.  As a Police Lieutenant, Turcotte managed a variety of units within the Patrol and Investigative Services divisions, as well as in the Office of the Chief.  In addition, Turcotte led the Department's SWAT Team.  As a Commander, he has overseen both the Operations and Special Services Divisions.

Chief Turcotte holds a Bachelor's Degree in Criminal Justice as well as a Master's Degree in Business Administration. He is a graduate of the California Police Officer Standards and Training (POST) Command College for law enforcement executives.  Commander Turcotte has served on a number of boards and associations and has been a repeat panelist at the University of San Francisco Law Enforcement Leadership Symposium.  He has received many awards and citations, including two separate awards for his role in resolving high-risk emergencies with the Department SWAT team.  Commander Turcotte is a past President of the Citrus Heights Rotary Club and previously served as President of The Citrus Heights Rotary Foundation.