The Bikeway Master Plan is intended to guide the development of bikeways throughout the community over the next 30 years.

What Does It Do?

The Bikeway Map (PDF) depicts existing and proposed bikeways throughout the City. 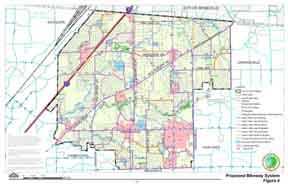